Communication with other individuals plays a crucial role in the lives of all animals and humans. Both can use a variety of signal modalities for communication, whose effectiveness may depend, for example, on the emitter's characteristics and the environmental conditions. Mate attraction, predator avoidance, the maintenance of a dominance hierarchy and the advertisement of a territory ownership may all involve the use of communication signals. Our research is focused on the mechanisms of sexual selection, the quantitative study of acoustic signals and the variety of functions they serve, with special attention on the morphological constraints involved in animal communication (also using vocal tract modelling). 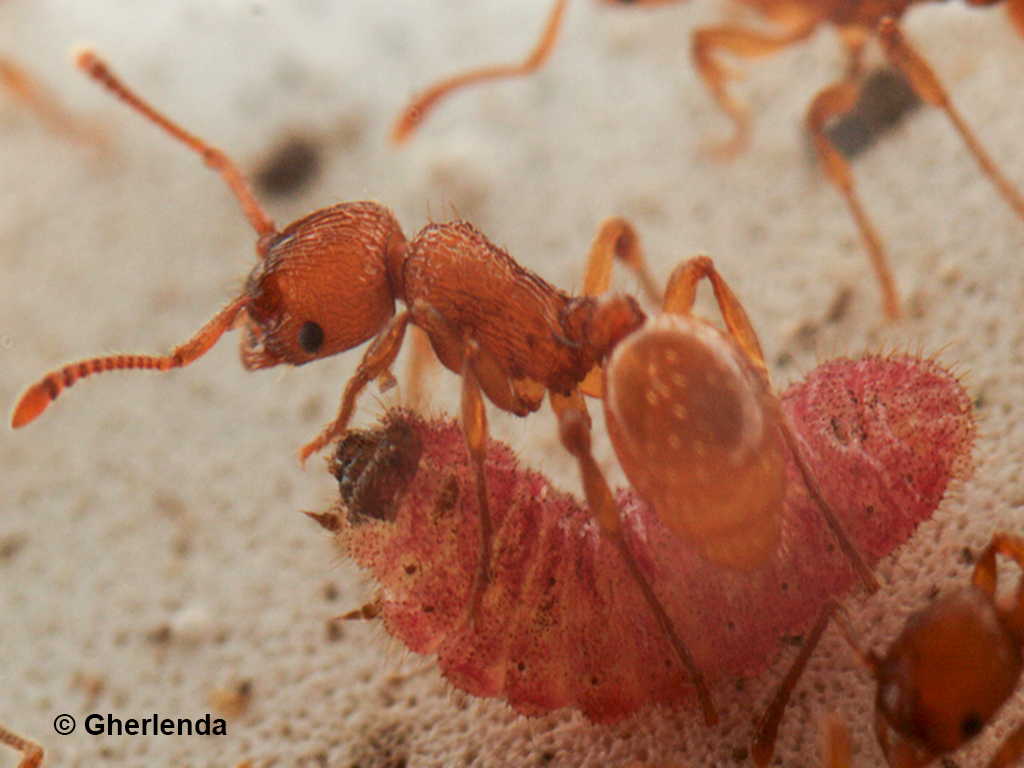 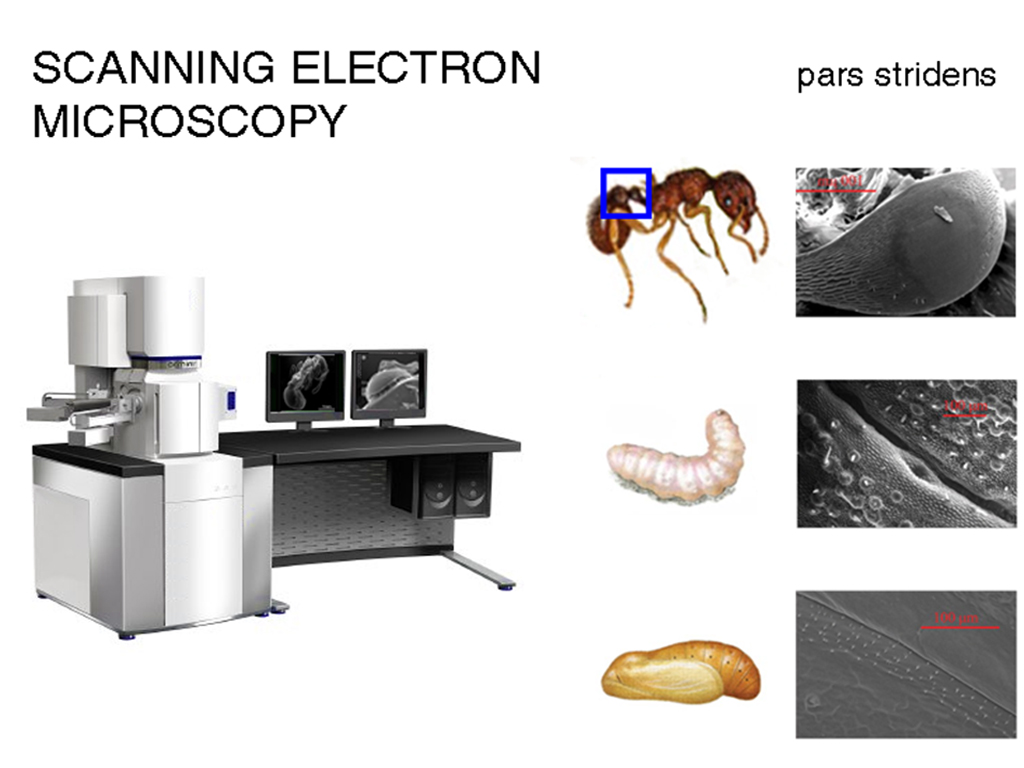 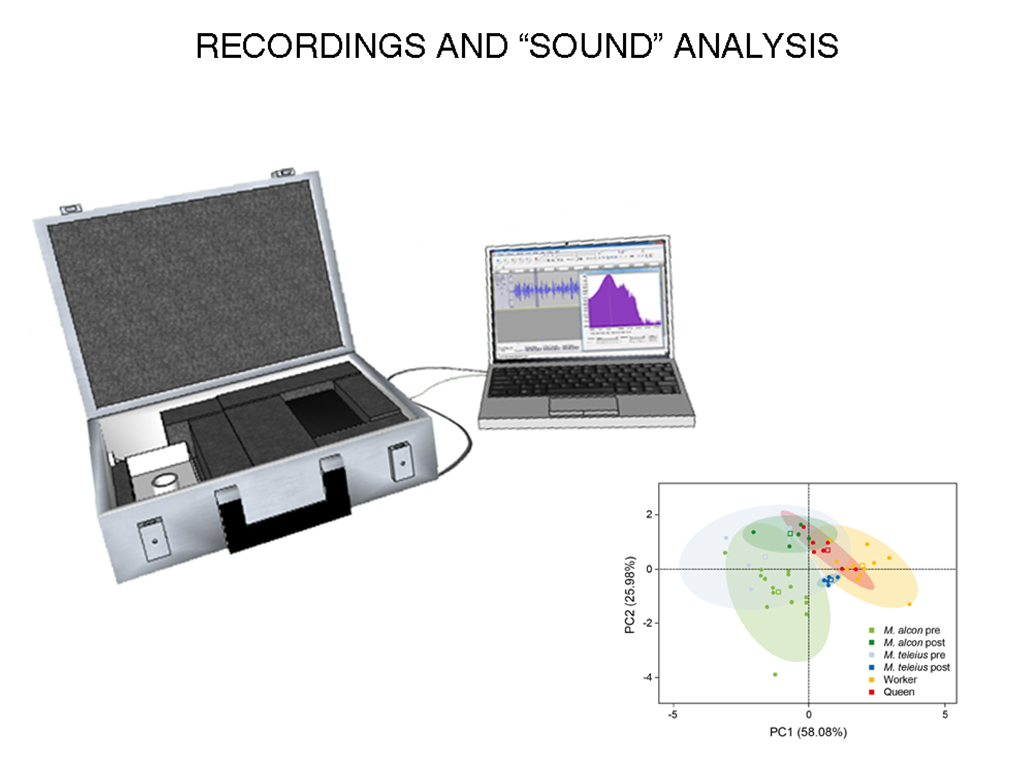 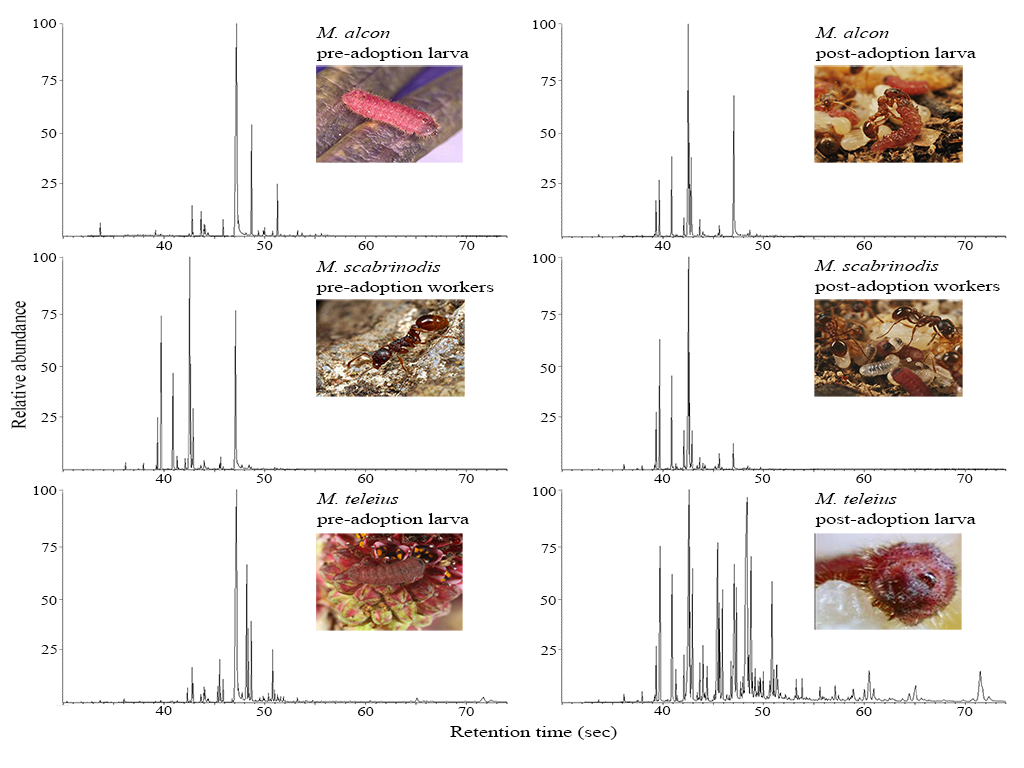 Around 10,000 invertebrate species live as social parasites of ants and have evolved many adaptive mechanisms allowing them to penetrate and integrate into ants' nests. Working on model organisms such as lepidoptera, coleoptera and diptera, our research group investigates the structural and functional strategies enacted by social parasites to intercept and manipulate their host's communication system. More in particular, we study the interexchange of chemical and acoustic signals between hosts and parasites. In the Maculinea rebeli/Myrmica schencki system, we discovered the first case of acoustic mimicry in a social parasite (Barbero et al. 2009 - Science, 323: 782-785). The larvae and pupae of the parasite (Maculinea) mimic sounds emitted by the queen ants and thereby manage, not only to integrate, but to gain very high social rank within the ant colony. We also recently demonstrated that ants use sounds for inter-caste communication (Casacci et al. 2013 - Curr. Biol. 23 (4): 323-327).

Our research are focused on functional and structural aspects of communication at the basis of the evolution and maintenance of host-parasite relationships.